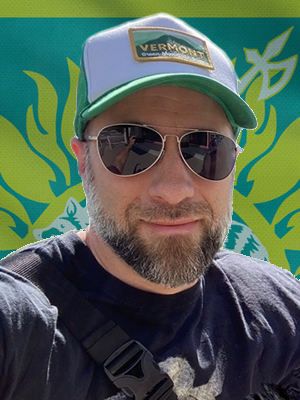 Chief psychotherapist of Slowjamastan and promoter of Tenkara style fly-fishing and all other forms of personal strategies for ventral vagal activation of the Autonomic Nervous System. His primary role includes managing psychodiplomatic relations and inquiries from psychological refugees across boarders with Slowjamastan’s closest foreign neighbor in the United States, California, in addition to the states of Vermont, New Hampshire, Iowa, New York, and Massachusetts (psychodiplomatic agreements with other nations and  US states are in development).

Additional projects include efforts to stock the soon-to-be developed Slowjamastan Lazy River with Vermont native brook trout, and perfecting the design of the Slow Tram (Slowjamastan’s first public transit system) to lower cortisol levels among residents and visitors to the Great Sand Flat.

As Minister, Tony engages in psychodiplomatic activities to include engaging with citizens and foreign nationals in public venues and on the mountain stream (evidence of such activities is visible on this page). In addition to his role as Minister, he is the owner and CEO of a trauma-focused psychotherapy practice, Seiyu Institute for Health & Training, which assists psychological refugees in Slowjamastan and various foreign locations throughout the United States. Tony is actively involved in first responder mental health and is the first point of contact for Boarder Patrol agents who seek recovery from deflecting riotous Croc wearers, and he engages in psychodiplomacy as a mental health referral source for two UFO abductee support organizations. 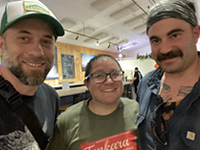 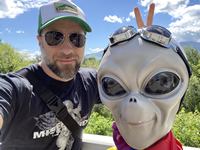