Dublândia, Republic of Slowjamastan: At 12:26 Slowjamastan Standard Time, the Sultan took pen to paper and rocked the international community, signing a document that would declare independence for the 11-acre swath of desert paradise and give the Sultan, his land and the people complete autonomy. 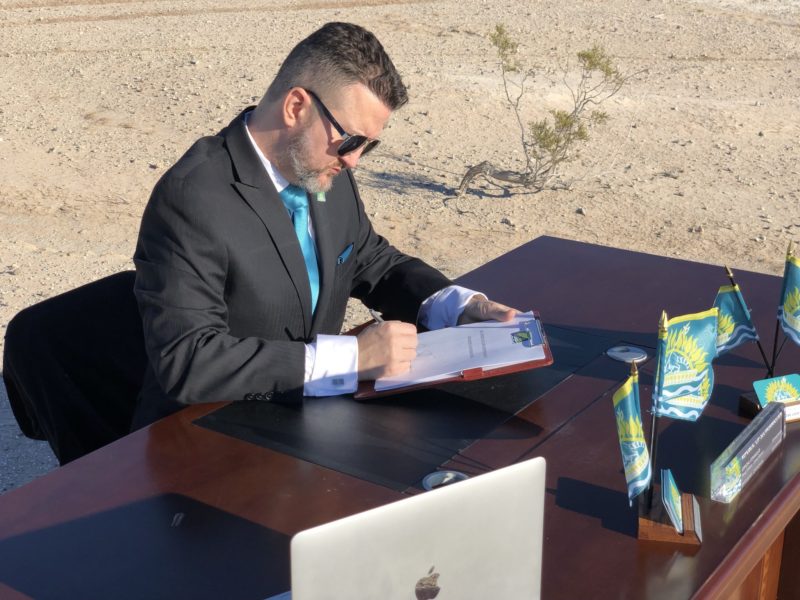 No wait, that was Destiny’s Child, never mind. 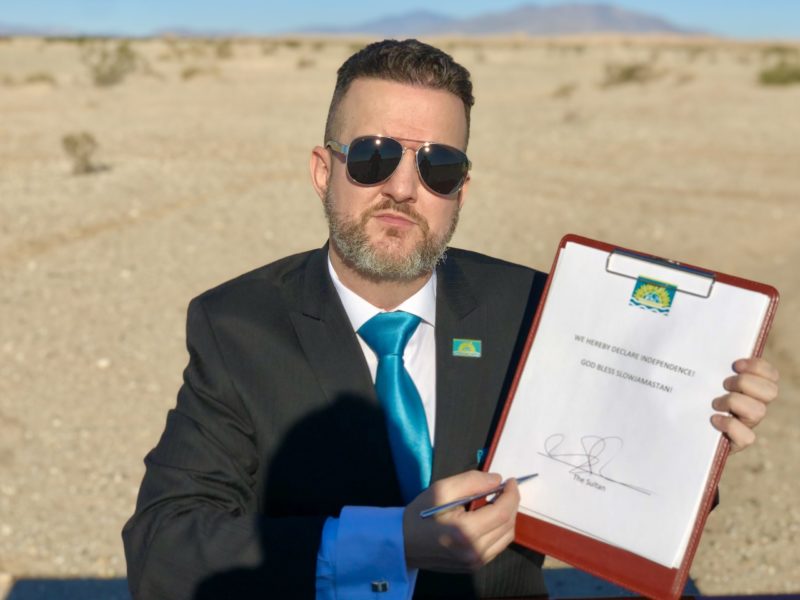 Invited guests, members of the media and one lady who was lost in the desert watched with amazement as His Excellency looked news cameras in the eye and swore his allegiance to the new nation, while signing official documents to seal the deal.

“Where’d that desk come from?” asked a confused motorist passing by. 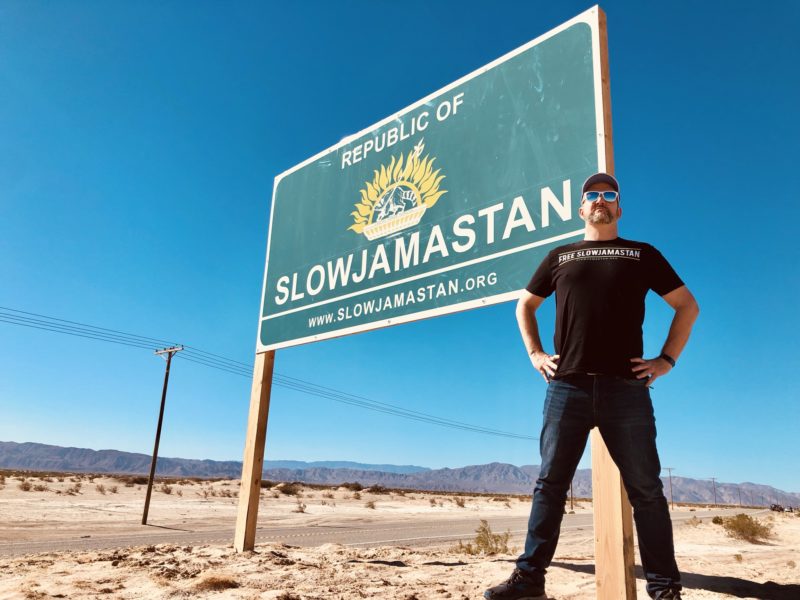 The Republic of Slowjamastan is officially an independent nation. Now what? We’re not sure.